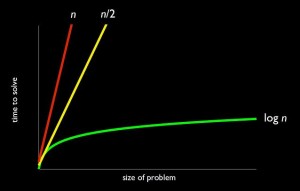 Academic research publishing may be at a tipping point (the critical point in a situation, process, or system beyond which a significant and often unstoppable effect or change takes place.) A new Slate (daily web magazine) article asks, Why Is It So Expensive to Read Academic Research? If nothing else, the article has a readable explanation of the “serials pricing crisis.”

The article expounds on the controversy around Sci-Hub : “[T]he effect of long-term operation of Sci-Hub will be that publishers change their publishing models to support Open Access, because closed access will make no sense anymore.” It is a reminder that the scholarly ecosystem is a complex organism.

Seven Things Every Researcher Should Know About Scholarly Publishing

Scholars, funders, libraries, and publishers, including scholarly societies, have different positions within this system and often very different agendas; as Joe Esposito notes “where you stand depends on where you sit.” Scholars want their work to be reviewed and circulated, though they may have different ideas about how this should happen. Funders want to encourage research and demonstrate its use. Libraries want to circulate good scholarship, though they may have different perspectives on how good work is created and how it should be discovered by researchers and then made available. Publishers want to facilitate the production of good scholarship, and make it available. While all stakeholders have much in common, often the focus is on the differences. Again, researchers don’t need to understand each and every approach, but to appreciate that there is a broader context that contains a range of perspectives.

Nine things you need to know about copyright: A good practice guide for administrators, librarians and academics

[About licenses…] Although the licences described above mostly involve payment and are relatively restrictive, the open and shared nature of the internet has led to development of a range of ‘open’ licences which promote permissive use of copyright works. The most famous of these are the Creative Commons licences conceived by American lawyer and activist Laurence Lessig. These licences are described in more detail in the FAQ section, but works made available under Creative Commons licences provide a hugely valuable resource and all of them are available free of charge under clear re-use terms. At the time of writing, there were over 1 billion works licensed under Creative Commons, including thousands of educational resources, millions of Flickr photos, and the entirety of Wikipedia.