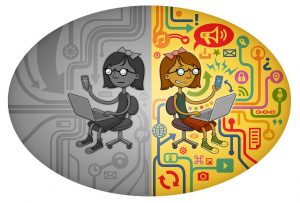 What is Net Neutrality?

If we conduct a simple natural language search, using Google, it will return the following dictionary metasearch results that defines Net Neutrality as follows: “The principle that Internet service providers should enable access to all content and applications regardless of the source, and without favoring or blocking particular products or websites.” In 2005, the Federal Communications Commission (FCC) adopted regulations that supported the principles of net neutrality, but lawsuits involving Comcast Corps and Verizon Communications, Inc. in 2010 and 2014 led to even stricter legislation. In 2017, President Trump appointed a new FCC commissioner, Ajit Pai, who quickly proposed a reversal on net neutrality legislation. On December 14, the FCC voted three to two to proceed with Pai’s proposal. On February 18, 2018, the FCC formally informed the Senate of the plans to repeal net neutrality. Under the Congressional Review Act (CRA), Congress now has until April 23 (60 days) to stop the repeal from going into effect.

Who are the Key Players Involved?

Essentially, the two primary opposing sides in the debate over net neutrality are internet service providers (ISPs) and consumers. ISPs, such as Comcast and Verizon, stand the most to gain if net neutrality is repealed. Politicians and lawmakers are persuaded by both sides, with consumers asking for legislation that prevents ISPs from giving any websites or content favoritism over others, or from making certain content premium (such as charging customers more to be able to use streaming services like Netflix or Hulu—on top of what Netflix and Hulu are already charging for the content itself). Information professionals, such as librarians, museum curators, and archivists, represent the interests of the consumer, and are advocating to defend and uphold net neutrality. Why Are Libraries Involved?

Librarians are fiercely devoted to our profession and we believe in building an informed, intellectually curious society where information and knowledge are openly available, without restriction; and because we also believe that unrestricted access to information is an essential egalitarian ideal rooted in civil society.

Librarians lead an organization that has seen tremendous evolutionary growth from its analog start to the virtual reality of digital environment.

Librarians have an inextricable connection to the information universe and that rests on the foundational role of the library to ensure that everyone has equitable access to information resources and knowledge.

To read more on how librarians value and defend net neutrality, check out the American Library Association’s statement on the issue at http://www.ala.org/advocacy/telecom/netneutrality.

What Happens in a World Without Net Neutrality?

The elimination of net neutrality regulations gives ISPs the power to change users’ access to information sources based on non-strategic reasoning by censoring information based on ideological, political, and social rationalizations.

In this unregulated state, many of the actions undertaken by ISPs to manipulate access speeds create layers of inequity in consumers’ ability to access information. ISPs would be allowed to monetize the concept of equitable access to information by charging content providers (like Netflix, JSTOR, and YouTube) more for the amount of traffic they are generating, and then charging consumers more for the ability to access that premium content, or even just to access it at a sufficient speed to enjoy it properly.