Posts with the tag: databases

Catholic University Libraries has acquired a number of databases from Gale Cengage on social, political, historical, and health topics. Gale Primary Sources consist of large collections divided into case studies on critical, contemporary issues, each of which is backed with an accessible collection of hand-picked primary sources. In addition, each case study contains a bibliography and relevant discussion questions. All curated content has been chosen by an international expert who has reviewed the case studies for accuracy and teachability.

Political extremism has been on the rise across the world for many years. One particular collection the libraries have acquired is Political Extremism and Radicalism:

Liberal democracies of North America, Europe, and Australasia throughout the twentieth century have experienced a variety of forms of extremism and radicalism that have shaped mainstream political thinking as well as cultural norms. To comprehend modern governmental and societal systems researchers must understand the environment that created them, their origins, and their adversaries. (web site)

This series provides insight into fringe groups–the right and the left of the political spectrum–through rare, primary sources. Scholars and students will find these sources valuable in understanding the period and context when the documents were created. Scholars and students can answer questions on philosophical, social, political, and economic ideologies and address such issues “surrounding gender, sexuality, race, religion, civil rights, universal suffrage, and much more.”

In addition to this fine resource, we have a smaller collection called “Political Extremism” which focuses on twelve case studies. The case studies cover the historical events, political actions, and social movements centers in the United States, United Kingdom, Europe, and Australia from the 1900’s to the 2010’s. They include coverage on such disparate radical and extremist movements as the National Socialist Party of Australia, the Aryan Nations, the Ku Klux Klan, the British Union of Fascists, the UK National Front, the Black Panther Party, the Weather Underground and the Socialist Party USA.

Each case study has curated primary source content that can be used to teach students how to use primary sources for analyzing social issues. Included is an introductory essay, annotated sources for students to examine and discussion questions linking themes in the case studies to today. The primary sources are written by international experts and presented so they are easily comprehended by students. These primary sources are unique in that they reveal “the internal debates about historical extremist activism and the sensitivities of dealing with radical and extremist actors.” This method sheds light on contemporary issues raised about such movements. In particular, the collection explores “the role of female activists within radical movements, the use of terrorism and political violence within extremist movements, how extremists and radicals use propaganda and marketing techniques to promote their ideas to mainstream audiences, and the effectiveness of state proscription when dealing with such movements.”

Additional information about the collections, archives, and document types can be found here.

Enjoy exploring and tell us what you think of this resource.  To get started, click here. To let us know what you liked or didn’t like, click here.

We welcome you to test out two databases and provide us with feedback.

The Digital Loeb Classical Library contains more than 500 titles in Greek or Latin with English translations. This online edition is fully searchable and includes options for annotating and extracting text.

J. F. Niermeyer’s Mediae Latinitatis Lexicon Minus provides English, French, and German translations for Medieval Latin terms and concepts with citation examples for context. The online edition is based on the 2002 2nd edition.

Please give it a go, and send Dustin Booher any feedback you have at booher@cua.edu.

We invite you to give us feedback on a database we are looking into purchasing: Index Religiosus

The trial for Index Religiosus can be reached here

This database is replacing the print and online versions of the ETL Elenchus bibliographicus
and annual bibliography from the Revue d’Histoire Ecclesiastique, which will no longer be published.
Please give it a go, and send Dustin Booher any feedback you have at booher@cua.edu.

CUA Libraries is now providing the database INSPEC as a trial from Thomson Reuters. You can access this trial through the Databases tab from the SearchBox – use the A-Z list or go in through Web of Science.

Please see this document of screen shots for WoS_INSPEC_Trial.

Web of Science, a rich electronic resource,  is available through Catholic University of America Libraries. 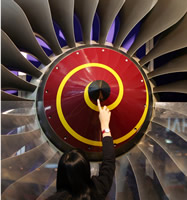 Catholic University of America Libraries researchers have a trial of Web of Science to use from June 1, 2012.

Please find the CUA trial version of Web of Science from the  CUA University Libraries page:
Go to: Article Databases & More
Go to: Databases by Name and type in Web of Science

Find more information throughout the trial on the CUA Science Libraries Facebook page.

The system at WRLC is down. To access some major databases, please use this link:

Sorry for the inconvenience.

The MARC records for 3,842 titles found in the Library of Latin Texts (Series A and B) have been added to the library catalog.  Special thanks to Kristen Frederickson, Information Processing Librarian, for uploading the records.

You can search the catalog using a title search or a keyword search using ‘Library of Latin Texts’.  Each catalog record contains a link directly to the work in the Library. Most of the works come from the print series, Corpus Christianorum Series Latina and Continuatio Mediaevalis as well as selections from the Teubneriana series.

Everything is working now, you should be able to access our databases and e-journals as normal.

Thank you for your patience!

We are currently experiencing problems with MetaLib and the SFX Link Resolver.

The E-Journal Finder is also affected – please use e-Journals in WRLC (EJTF) to search for journal titles held by the databases. The search will be consortium wide, so pay attention to whether the journal is available at CU and click on the relevant link.

Both of these links can also be found on the University Libraries homepage.