Reading about all the books published in 2015, and then giving them as gifts is a joyful, seasonal pursuit! 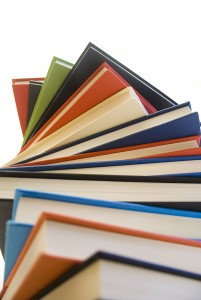 Some of the best science books published in 2015 include:

H is for Hawk by Helen Macdonald. An award-winning best-seller from the UK recounts how the author, an experienced falconer grieving the sudden death of her father, endeavored to train for the first time a dangerous goshawk predator as part of her personal recovery.

On the Move by Oliver Sacks. Published only four months before his death, this autobiography of Oliver Sacks provides an exuberant peek into the life of its author.

The Wright Brothers by David McCollough. On a winter day in 1903, in the Outer Banks of North Carolina, two unknown brothers from Ohio changed history. But it would take the world some time to believe what had happened: the age of flight had begun, with the first heavier-than-air, powered machine carrying a pilot. Who were these men and how was it that they achieved what they did?

Neurotribes : the Legacy of Autism and the Future of Neurodiversity by Steve Silberman. A groundbreaking book that upends conventional thinking about autism and suggests a broader model for acceptance, understanding, and full participation in society for people who think differently. What is autism: a devastating developmental disorder, a lifelong disability, or a naturally occurring form of cognitive difference akin to certain forms of genius? In truth, it is all of these things and more–and the future of our society depends on our understanding it. WIRED reporter Steve Silberman unearths the secret history of autism, long suppressed by the same clinicians who became famous for discovering it, and finds surprising answers to the crucial question of why the number of diagnoses has soared in recent years.

Data and Goliath : the Hidden Battles to Collect your Data and Control your World by Bruce Schneier. Focusing on the tension between surveillance and personal privacy, Schneier (Berkman Center for Internet and Society, Harvard Law School) notes that though surveillance has been practiced throughout history, it has become far more intrusive with the advent of computers, tablets, cell phones, and the Internet.

The Pentagon’s Brain : an Uncensored History of DARPA, America’s Top Secret Military Research Agency by Annie Jacobsen. Since its inception in 1958, the Defense Advanced Research Projects Agency, or DARPA, has grown to become the Defense Department’s most secret, most powerful, and most controversial military science research and development agency. Created by President Eisenhower to prevent another Sputnik, and to focus primarily on defensive programs against nuclear weapons, the agency–and its imagination and scope–has expanded enormously with each passing year.