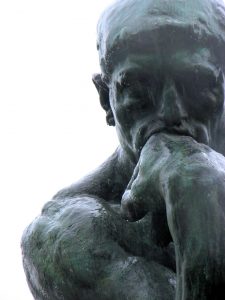 This week’s post was meant to be a treatise on libraries role in students’ journey to information and reading habits – and we will get to that. We were overwhelmed by well-intentioned people referring us to this article: The Mistrust of Science By Atul Gawande  June 10, 2016. It is a part-scathing and part-hopeful piece on the role of science communication today. One of the important tenets in this article is the indication that ‘neuroscience and computerization’ are linking the fields of science and humanities in a new and important way.

Few working scientists can give a ground-up explanation of the phenomenon they study; they rely on information and techniques borrowed from other scientists. Knowledge and the virtues of the scientific orientation live far more in the community than the individual. When we talk of a “scientific community,” we are pointing to something critical: that advanced science is a social enterprise, characterized by an intricate division of cognitive labor. Individual scientists, no less than the quacks, can be famously bull-headed, overly enamored of pet theories, dismissive of new evidence, and heedless of their fallibility. (Hence Max Planck’s observation that science advances one funeral at a time.) But as a community endeavor, it is beautifully self-correcting.

Beautifully organized, however, it is not. Seen up close, the scientific community—with its muddled peer-review process, badly written journal articles, subtly contemptuous letters to the editor, overtly contemptuous subreddit threads, and pompous pronouncements of the academy— looks like a rickety vehicle for getting to truth. Yet the hive mind swarms ever forward. It now advances knowledge in almost every realm of existence—even the humanities, where neuroscience and computerization are shaping understanding of everything from free will to how art and literature have evolved over time.

Other recent reports make the case for connections to critical thinking skills. Ithaka S+R US Faculty Survey 2015 (April 2015) discussed in this blog post A Larger Role for Libraries by Carl Straumsheim (April 4, 2016) reminds us:

The results suggest the pressure on colleges to improve retention and completion rates and prepare students for life after college appears to be influencing faculty members, who are more concerned than ever that undergraduates don’t know how to locate and evaluate scholarly information.

At the same time, many faculty members view university libraries — which are engaged in a process of reinventing themselves and rethinking their services — as an increasingly important source not only of undergraduate support but also as an archive, a buyer, a gateway to research and more.

Advising and guiding a researchers on locating and evaluating scholarly information is perhaps the most important job of the library. How and what we are reading plays an integral role knowledge building. As promised, this new article “The Digitization of Literary Reading: Contributions From Empirical Research” by Anne Mangen [Orbis Litterarum, Volume 71, Issue 3. Made available online May 11, 2016] makes connections between how we read (with emphasis on digital cognition) and what we read. The term transdisciplinarity connects the dots between critical thinking, humanities and science.

Transdisciplinarity is deﬁned as: a new kind of knowledge that arises from the interaction of diverse people within an entirely new group […]. What connects transdisciplinary participants is not a common theoretical perspective or methodology or epistemology, but a common issue to which all apply their own particular expertise with the goal of reaching a holistic understanding of the issue. (Samuels 2009, 46, 49)

Connections can be made – “Even more than what you think, how you think matters!”  From The Mistrust of Science:

The mistake, then, is to believe that the educational credentials you get today give you any special authority on truth. What you have gained is far more important: an understanding of what real truth-seeking looks like. It is the effort not of a single person but of a group of people—the bigger the better—pursuing ideas with curiosity, inquisitiveness, openness, and discipline. As scientists, in other words.