Posts with the tag: Walter Kent

Today marks the 76th anniversary of the United States’ official declaration of war against Germany and Italy, thereby putting the US at war with all three Axis powers. President Franklin D. Roosevelt had resisted bringing the US into battle as long as he could, but his hand was forced as a result of the surprise Japanese attack on the American naval base in Pearl Harbor, Hawaii Territory, on December 7, 1941–“a date which will live in infamy.” Two weeks following the attack, the Selective Training and Service Act was amended to require all men between the ages of 18 and 64 to register for military service. By the end of the year, the number of enlisted soldiers nearly quadrupled, from approximately 450,000 to over 1.8 million. By the end of the war in 1945, that number had grown to over 12 million.¹

Thinking of all those brave service personnel separated from their loved ones for the holidays, songwriters James Kimball “Kim” Gannon and Walter Kent penned a ballad in the summer of 1943 titled “I’ll Be Home for Christmas.” In the song, which reads nearly like a letter from a deployed soldier, the singer promises to be home in time for Christmas:

When Bing Crosby recorded the song for Decca in 1943 with the John Trotter Orchestra, the label was hesitant to release it due to concerns over the ultimate couplet, in which the singer confesses: “I’ll Be Home for Christmas / if only in my dreams.” This sobering lyric was a stark reminder to the millions of separated families that they may not be reunited for Christmas, or indeed, ever again. Nonetheless, the song proved to be a huge success, especially among the troops. It became the most widely requested song at U.S.O. Christmas shows, and in a poll conducted at the conclusion of the war in 1945, troops selected Bing Crosby as the person who did the most to boost morale.² In December 1965, Crosby’s recording comforted those serving even farther from home when it was piped, by request, to astronauts Frank Borman and James Lovell aboard the Gemini 7 spacecraft.³ “I’ll Be Home for Christmas” immediately charted and remained there for eleven weeks, peaking at #3. Despite its success, the song was banned on BBC radio in fear that it would lower morale.⁴

A bit of controversy arose following the success of Crosby’s recording. Songwriter Sam “Buck” Ram, along with his publishing company Mills Music, filed a lawsuit claiming that the song was stolen by Gannon and Kent after Ram had shared it with them in December of 1942. Ram copyrighted a song by the same title that year, though musically and lyrically, the two songs were completely different. Still, the court sided with Ram, awarding him a share of the royalties and a songwriting credit.⁵ 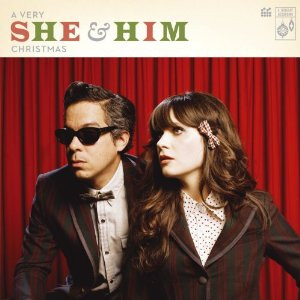 “I’ll Be Home for Christmas” has been recorded by countless artists since Bing Crosby. Perry Como offered his own take in 1946 (single, RCA Victor), and Frank Sinatra recorded his in 1957 (A Jolly Christmas from Frank Sinatra, Capitol). My favorite recording, yet again, is The Carpenters‘ (Christmas Portrait, A&M, 1978). More recently, She & Him (Zooey Deschanel and M. Ward) included a nostalgic rockabilly-style cover on their 2011 album, A Very She & Him Christmas (Merge, 2011). A friend recently introduced me to a soulful version by the up and coming Leslie Odom, Jr., from his album released last year, Simply Christmas (S-Curve, 2016). Wherever you find yourself this holiday, there is a version of this entry from the American Christmas songbook to make you feel at home…if only in your dreams.