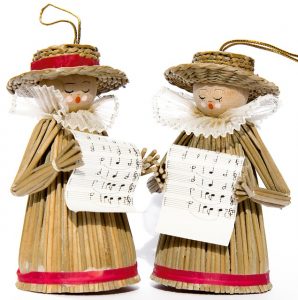 Another November has come and passed, and though the church has not yet even begun observing the season of Advent, chances are that you’ve already been listening to (of your own volition or not) Christmas music. In fact, Sirius XM satellite radio subscribers could begin tuning into its two most popular Christmas stations, Holiday Traditions and Holly, on November 1. That’s a bit too early for me personally, but I recall seeing several friends post on Facebook about how happy they were to be hearing yuletide favorites once again. And frankly, who can blame them? This year, more than ever, the lyrics to Jerry Herman’s “We Need a Little Christmas,” (from Mame, 1966) come to mind:

And thus, I’ve decided to share posts over the next 16 business days leading up to Christmas in which I’ll shed some light on the conception of some of our most beloved Christmas melodies. As I am admittedly one who can grow tired quickly from hearing the same tunes recycled, re-imagined, and replayed over and over again, I thought that you, like me, might find a new appreciation for them by learning the stories of their origins.

We’ll start with a classic that most people know by the opening line rather than the title, The Christmas Song. According to the composer, Mel Tormé, he and his lyricist partner, Bob Wells, wrote the song in about 45 minutes on a particularly hot July afternoon in 1945. Tormé recalls, in his 1988 autobiography It Wasn’t All Velvet, that he entered Wells’ house in the San Fernando Valley and found a writing pad on the piano with four lines of verse:

By the time Wells greeted his guest, Tormé had already began setting the verse to song. What started as a mental escape from the crushing Los Angeles heat quickly became a lush ballad that was destined for fame. The songwriting duo were so pleased with their spontaneous work that they immediately drove over to Hollywood and performed it for their manager, Carlos Gastel. Among Gastel’s other notable clients were Peggy Lee, Stan Kenton, and the legendary Nat King Cole.¹

Cole fell in love the melody immediately, but it wasn’t recorded until a year later, on June 14, 1946, at WMCA Studios in New York City for then-four-year-old Capitol Records. This recording, however, was immediately shelved and only released in 1989–by accident–when Rhino Records included it in a compilation album.² It features only the King Cole Trio with Oscar Moore on guitar and Johnny Miller on bass. Cole insisted, at the displeasure of Capitol Records, that the Trio re-record it two months later, this time adding four strings, a harp, and drums. The organization of the music is essentially the same, with the opening chords played by the strings instead of the piano and Moore’s quote from “Jingle Bells” played with major seventh chords at the end. Perhaps still unsatisfied–probably because he had previously sung the grammatically incorrect “reindeers” in the earlier recordings–the King Cole Trio (now with Buddy Cole taking Nat’s place on the piano, John Collins on guitar, and Charlie Harris on bass) recorded the song again in 1953 at Capitol’s studios in Hollywood, this time with the Nelson Riddle Orchestra. This version quickly replaced the August 1946 recording for use on radio and compilation albums, but it is still not the recording most often heard today. 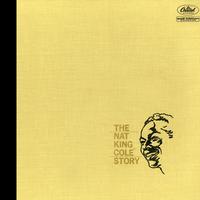 The definitive recording was captured nearly eight years later on March 30, 1961, at Captiol’s studios in New York City for inclusion on the album The Nat King Cole Story, a collection of his hits re-recorded in stereo. This version features a full orchestra conducted by Ralph Carmichael with orchestrations by Charles Grean and Pete Rugolo. The improved recording technology produced a significantly better cut, with much warmer vocals from Cole and a better balance with the orchestra. The same dramatic opening from the strings and the signature closing “Jingle Bells” quote on the guitar from the very first cut remain. This would be Cole’s last studio recording of the song that he made a hit–he passed away in 1965 at the age of 45 from lung cancer.

Since then, the song has been covered dozens (if not hundreds) of times. Mel Tormé recorded many renditions himself, and for an appearance on The Judy Garland Show in 1963, he added an introductory verse with new lyrics and concluded by singing, with Garland, the second half of “Here We Come A-wassailing.” My favorite version, which should come as no surprise to my friends, is from The Carpenters’ 1978 album, Christmas Portrait (A&M). Please enjoy this video of Karen lip-syncing it for their 1977 ABC television special, The Carpenters at Christmas.

Come back Monday when we’ll learn about another song that was inspired by LA’s summer heat wave of 1945!