On Friday, we learned how composer Mel Tormé and lyricist Bob Wells wrote “The Christmas Song” in an attempt to get their mind off the blistering heat Los Angeles was experiencing in July of 1945. Apparently, they weren’t the only songwriting team in town inspired by the triple-digit figures on the thermometer to dream about winters up north. Over in an office on Hollywood and Vine, the not-yet-famous Broadway composer Jule Styne and lyricist Sammy Cahn decided that rather than spending the hot summer day at the beach, they would craft a tune about winter weather. The result was “Let it Snow! Let it Snow! Let it Snow!” It’s hard to imagine that a song dedicated to frozen precipitation was composed in 100+° temperatures in Southern California.

The song sets the scene of a fellow who is reluctant to head out into a snowstorm after spending a romantic evening with his sweetheart. He suggests that, since there’s no immediate need for him to leave, the two stay by the warm fire, pop some popcorn (that he had evidently brought with him and withheld until that point), and turn the lights down low. It seems she obliges, as the final verse mentions the fire slowly dying and how they’re still “goodbye-ing.” This vignette sounds awfully familiar to, but much less morally questionable than, the exchange between two lovers in Frank Loesser’s “Baby, It’s Cold Outside.” Loesser wrote his tune a year earlier (in 1944), but it was not recorded until he sold the song to MGM in 1948 to be used in their upcoming film, Neptune’s Daughter (more on that in a forthcoming post). It’s possible that Cahn and Styne may have heard the song at one of Loesser’s Christmas parties before writing “Let it Snow,” but it’s rather unlikely. 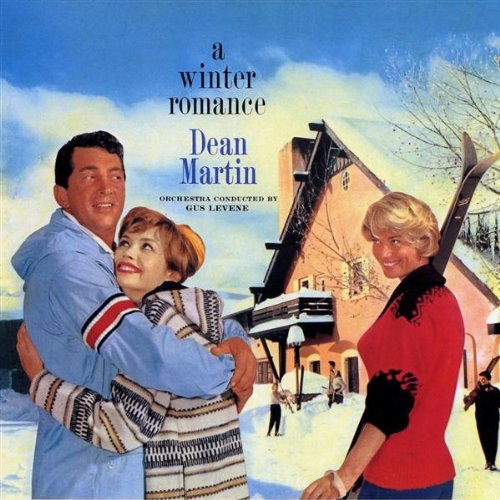 “Let it Snow” was quickly handed off to vocalist and big band leader Vaughn Monroe to record for RCA Victor. It was released in time for Christmas 1945 and reached #1 on the Billboard Best Sellers chart by late January. It’s a lovely recording, complete with full, brassy big band spectacle, but it’s not the most familiar version to ears over seventy years later. Woody Herman released his own arrangement with his orchestra for Columbia Records that reached #7 while Monroe’s was at #1, but it is also unknown to most modern listeners. More popular recordings include Frank Sinatra and the B. Swanson Quartet’s (single, Columbia, 1950), Jo Stafford and the Starlighters’ (on Happy Holiday, 1955, Columbia), and Ella Fitzgerald’s (on Ella Wishes You a Swinging Christmas, 1960, Verve). However, the cover that has best stood the test of time, with its recognizably cheerful piccolo duet in the first few bars, is Dean Martin’s recording featuring an orchestra led by Gus Levene from the 1959 album A Winter Romance (Capitol). The album includes other Christmas standards, as well as Styne and Cahn’s warm-weathered counterpart to “Let it Snow,” “The Things We Did Last Summer.” Much like A Winter Romance, “Let it Snow” was not created with intentions of it becoming a Christmas hit. In fact, nothing explicitly holiday-related is mentioned in the lyrics. Nonetheless, the song has become an essential number in the classic American Christmas songbook.